Editor’s Note: This is part 4 of a guest post series by a dear friend, A. Scot Tedisco.  See Part 1, Part 2 and Part 3 to get the full story. 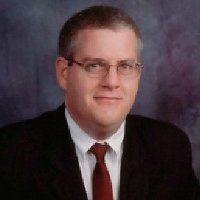 Do you remember where we were?  I’d just made the rounds with Randy to let him know I was applying to the Project Manager role at Harris.  He understood and let me know the solar job wasn’t turning into anything.

Then there was Sam and his company. I’d sent the references over with a request to get back with me. That book is now closed though: he never got back with me.

So the interview with Chris and his Project Managers at Harris’s offices is at the LA City college campus. As is usual, I am a couple minute early.

Peggy shows me into the conference room. In less than a minute, Chris is there to greet me and let’s me know he is going to round up the other guys.

Though the interview is relaxed, they ask some difficult questions. Like, “would I go back to Bernards if Bernards asked?”. There are also moments of just talking and cracking a joke here and there for everyone’s laughter.

The interview reminded me of my first with Jeff Bernards, where Jeff was able to make it a very relaxed discussion just by his presence. The other Project Manager’s seemed like decent people and I knew I liked Chris from when I did the CDC project. Though the hour went by quick, it didn’t seem rushed. We talked about some of the other projects, various perks from Harris, and some of the general duties. At the end I mozied out with a hand shake to Chris and asked him to call me if he was interested in making me an offer.
The drive home was uneventful. I called [my significant other] a couple hours later. I tried to tell her ALL the detail of the interview. I think I even told her what the other guys were wearing. Do you want to know at this point?

So as I am telling her the story, I happen to check my email. I see there’s a message from Chris. It was time-stamped from ten minutes after I left the interview. I shared with Nina what Chris said in his message: he was hoping to catch me before I left because he wanted to make me an offer. This was 10 minutes after the interview!!!! OK, so he knew me from before, but STILL!. I hung up with Nina to call Chris. 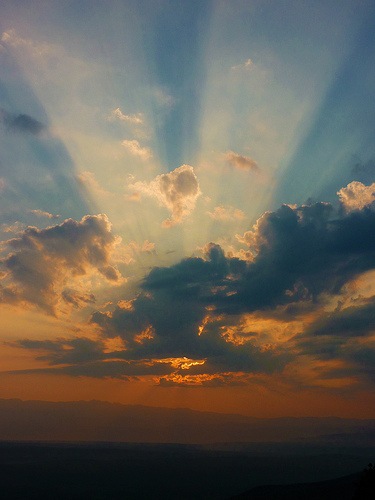 I had to leave him a V-mail. He called me back pretty quickly: less than 15 minutes. So I note to him his message was 10 minutes after the interview and he comes back with an, “Of course it was quick, I already had my mind made up before the interview. I just wanted to see if the other guys had any concerns. They all gave the thumbs up. Even if they had hesitated, I still may have made the offer.”

I tell him I’m stunned … a couple times. So we start talking about the offer: the salary , vacation, and other perks. It all sounds pretty good. No gas card or car allowance like I had with Bernards, but a base salary increase that makes it about equal to what I was making. Considering the market, where most people are taking 10% to 20% less for a job, this was great!

I wanted to say yes right there, but I knew I should let it all sink in a bit. I let him know that I wanted to sleep on it. He agrees and lets me know that other things will have to happen if I accept: They will need to get me approved by the college (they never rejected anyone else, he says) and some paperwork from the Harris HQ.

After hanging up I called [my significant other] and told her all the details. She tells me she’s not surprised: they should be honored and are very lucky to have me; no amount of money can compensate for the care and dedication I give to my work.

I also called Arash, my chief counselor. After telling him the story, he says that it sounds like my mind is already made up. He also agrees with me about sleeping on it. As he said, he almost made a mistake of agreeing to an offer too quickly. I let him know how right he was about the flurry of interest just a couple weeks from when he’d said it. More on that later.

I also gave a call to Randy to check in with him. While I didn’t feel obliged to him, I wanted to make sure we weren’t missing opportunities with each other. He said he still had nothing and didn’t want to string me along with something that wasn’t there and didn’t know if it would ever be there. That night I talked with [my significant other] about the job some more and also how it would affect our time together. She got spoiled with me being home so much. We had to process such a change.

The next day, Chris and I fine-tuned some details about the offer. I made sure to get a formal offer letter with all of the details.  He said it wouldn’t be a problem.  Someone in HQ would be sending me something, via email and hard copy. He wanted me to start right away. We were talking on May 18th / 19th. Given that they needed to get approval and that I wanted some time to “cool off” from the excitement of it all, we agreed that I could start on June 1, 2011, about 8 months from getting the news from Jeff that I was being let go, downsized, put out on the street, encouraged to find work elsewhere,… given the boot. I thought I would treat the week and a half as a vacation. Not so lucky…I’ll get to that in a minute (or as fast as you can read).

Recall that Arash predicted I would be getting a plethora of interest: The day after I accepted the offer, I get a message through LinkedIn from a recruiter with Disney. As I read the message telling me how I look like I might fill the position they are trying to create, I am in wonder over 1) how Arash’s prediction is coming to pass, and 2) that they (Disney) thinks this of me just from my LinkedIn profile. And, they want to talk to me more about how I would fit in.

I gave it a weekend before I tried to contact them, to let them know I had just accepted an offer. During the conversation, I let them know that I didn’t want to seem like I wasn’t interested, but that I’d committed to Harris. I also told them the Harris offer was conditional.  So if things didn’t work out, I would definitely like to hear more about the Disney opportunity. They were appreciative of that approach and I let them know that I would like to keep them as a connection and would “network” and let others know of their interests.

Once I posted my new position at Harris on LinkedIn, Disney sent me a message congratulating me on having the offer go through. I thanked them and let them know I would stay in touch. As things go, I may need to do that more than I would have expected.
As to this supposed “vacation” I was to take... It wasn’t but a couple of days into the week that I received a package from Harris HQ with all kinds of paperwork to fill out and a notice of being sent up to Concord, CA for my official orientation. 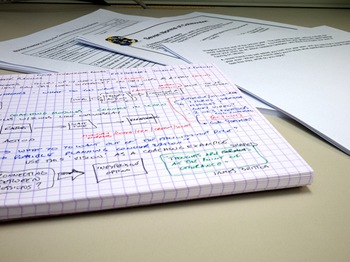 aperwork! Who would have thought one could get used to not doing paperwork in only 8 months?  There was so much info: Insurances; health, dental, vision, payroll deductions, 401k info… all too much to do in one sitting. It seemed like too much, I sent a message to Chris and one of the office girls telling them that I hadn’t even started yet and I was already buried in paperwork. Chris said I better get used to it. I’m not sure how much he intended that comment to be funny.

So, now, many pages and some time later, I’ve completed my story. The challenges I have are more and different than what I expected, but I will persevere.

I certainly learned a lot during this ordeal, including how important it is to keep that human connection, to care about and deliver the best results on every project and endeavor without a care whether it’ll ever come back, and knowing that it always will in some form or another.  It’s been turbulent, exciting, and a life changing experience...with many more interesting days ahead.