Week 7: Getting with the (New) Program 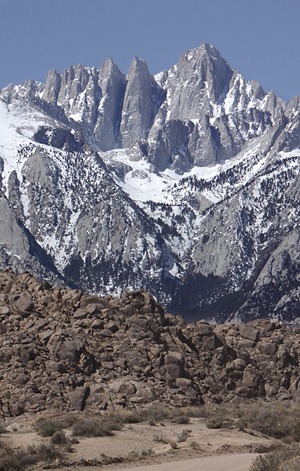 So, we’re at the top of Week 7, but there’s already a need to change the program. I’m not terribly surprised. The beauty of sharing ideas is that friends, fellow bloggers and readers often suggest better ideas or, at a minimum, means to improve.

Chris T., one of our climbing crew members, made an excellent comment in the previous post. He compared our preparation to that of a marathon and suggested breaking up the regimen into smaller blocks, including rest periods in-between. He also added a note about working with weights.

With that, the change plan was to create a new schedule that follow these general guidelines:

The schedule is a work-in-progress, as are all things in life. The above resulted in 14-week cycles followed by two weeks of rest. During the last week of each training session, we’ll cut out most activities except weight-training / calisthenics which make up two days of the week. This should give our muscles enough rest before the BMH of the cycle on the 7th day.

For reference, here’s the current cycle’s schedule (excluding the two-week rest period after the BMH):

How does this new schedule look? What do you think can be done better? Feel free to comment below.