What Makes for a Memorable Presentation

I was at the USC/Harvard business schools sponsored Business Growth Conference 2010 in Anaheim this past Thursday.  The conference revolves around everything business, from how to startup a company to finding financing, planning growth, and executing an exit strategy.  It was an informative event and one I would consider attending again.

I heard two keynote speakers that day.  One was captivating, the other dull and uninviting.  However, both were memorable.  I’ll describe below each aspect of the presentations that made them dull or captivating.  You decide how you want to be remembered.  (SELECTION HINT: You want to captivate and motivate, not put your audience to sleep.)

Captivating Speaker
The captivating speaker used these effective techniques to get our attention: 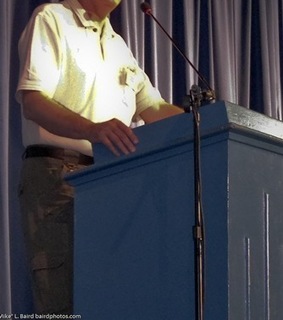 Dull Speaker
You may not want to be a captivating and dynamic speaker, but still want to be memorable.  In that case, you can use these techniques (this is a tongue-in-cheek set of recommendations):

Summary
If you haven’t realized, please let me make this crystal clear: I suggest you AVOID using any of the “Dull Speaker” techniques, unless you want  to be remembered as an un-engaging speaker with no interest in a conversation, but a dictation.

Please feel free to share your thoughts below.  Don’t forget, this month’s book giveaway and how your comments qualify you for a free book.

Photo Credits: 2010 Business Growth Conference,dbking, mikebaird (please note that the prictures off people placed on this person are not those of the speakers at BGC 2010)