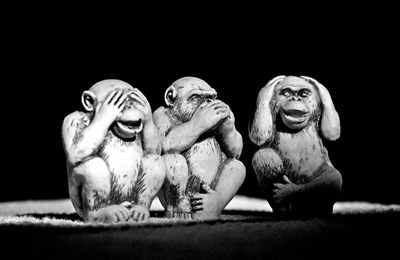 Do you have courage?  What is to be courageous?

Both are loaded questions, but I think we can answer them easier than we think.  Can’t we think of someone who exemplified being courageous?  Don’t we all have personal, familial, or public heroes that serve as our guiding post for being courageous?  Of course we do.  So, we don’t need to necessarily define it so much as remember those examples when we need to act.

I’m a member of Toastmasters International and recently heard my mentee in our local club deliver a powerful speech on why immigration laws should be closely scrutinized to insure we don’t turn away those political and economic refugees from other countries that have helped build our nation.  I thought it was very courageous of her to stand before an audience of her peers, ignoring comments by her family to change her topic of discussion, and let us know how she really felt about immigration laws.

In fact, after hearing her I realized how I needed to be more courageous to stand for something that’s important;  to comfortably make my decisions public on various subjects. This is certainly something that I think all of us should do.

It reminds me of another story: My oldest brother’s. He, along with my second oldest brother, escaped Iran in their late teens when they would’ve been otherwise drafted to fight in the Iranian army for the Iran-Iraq war. A war that none of us believed in for a government we didn’t trust. This was after my oldest brother had been imprisoned for his anti-government activities.

They escaped Iran and went to Canada, but my oldest brother couldn’t escape his convictions. Only a few years later, after sending us an audio letter explaining his reasons, he left for Iran and fought against a government he saw as cruel and unjust.

He took a stand for what he believed in.  He fought and eventually died for his cause.

Whether you would agree with his politics or not, you’ll likely admit he was courageous. He certainly is in my opinion. In fact, his life has set an example by which I strive to live.

So, ask yourself what do you believe in? Then figure out how you would take a stand for it. Will you write about it in an article? On a blog? Will you write your congress-person about it? How about attend a demonstration for it?

I know I will. In fact, I’m taking a stand right now and announcing some of my beliefs. I believe in a small government, but one that takes care of its citizens by insuring or providing health coverage for all.

I believe in a woman having a choice when it comes to pregnancy.

I’m against smoking, but for helping those that smoke understand the hazards to themselves and their loved ones.

I’m against the war in Iraq, but don’t blame our soldiers for it. I take responsibility for not making my voice heard when we decided to go to war, but I’m now speaking to anyone interested in listening and writing to my congresswoman to demand, beg and plead to find the fastest way for us to stop this war.

Do you disagree with me? That’s great. Take a stand and let me know. That’s the only healthy way for us to start a dialogue and come to an understanding and agreement.

What is your cause? What is that something that you truly believe in and are willing to take a stand for? Make it clear to everyone today…make that decision and take a stand.