I read The Science of Success (Amazon link) by Charles Koch, the CEO of Koch Industries.  There were a lot of good lessons I learned and some that were reiterated.

One stood out that I truly enjoyed. The idea that in order to succeed in an experimental endeavor you will need to accept there will be initial failures.  This is where the lessons are learned and how you insure your future success. 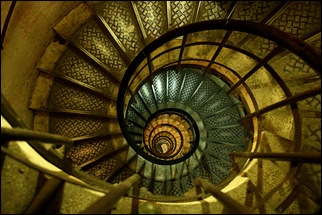 In other words, behind every major success story, you’ll find failed attempts.  Thomas Edison’s discovery of the right filament for a light bulb is an over-used, yet applicable example here.

This is true of many technology successes of our times as well.  Up until recently, Microsoft was the butt of every joke about security as it was the target of every hacker attempt.  A large company with such a pervasive software had failed to properly plan for a stable and secure system in one operating system after another.  Yet, the security concerns have lessened with the addition of monthly patches (continuous security improvement), introduction of a pre-installed firewall and anti-virus.  Now Adobe bears the focus of the hacker community as they exploit any of Adobe products’ security holes.

Koch made another very interesting connection in his book: entrepreneurship is, by its nature, an experimentation.  The entrepreneur sees an opportunity he wishes to exploit.  This is likely an opportunity that others haven’t noticed or haven’t addressed in the same way.  In other words, the entrepreneur's approach is something new that hasn’t been tried before.  It’s an experiment.  Failure will be part of the success story there too.

Failure is key especially in the early stages of the operation just like it is for a scientist.  In fact, when setting out to try something new, your success depends on your attempts at a new path and realizing it’s not the right one.  In his words, “Given a market economy is an experimental discovery process, business failures are inevitable and any attempt to eliminate them only ensures overall failure.”  This is exemplified in his early days at the company when his attempts to rein in the European arm of their firm met with multiple failures.  Each of those failures paved his way to build the largest private global petro-chemical company with an estimated 80,000 employees and $100 billion revenue!

What am I trying to tell you?  No matter what challenges you face, how high you feel you have to climb before you’re successful, and how many times you’ve tried without success, realize that your every attempt is getting you closer to your goals.  Every failed attempt helps you focus and come closer to achieving your dream.

The trials and tribulations are, indeed, how success is earned!

Feel free to share your stories on the the subject of failures leading to success below in the Comments section.