A number of months back I wrote about my father’s Alzheimer’s diagnosis in the post How Can I Forget.  At the time of that writing I’d decided to catalog all of his memories the first chance I had.

Today marks the day I begin this project.  I’m confident I’ll be able to capture most of his memories.  I have set a side a spot in the house with the proper lighting, background images, and seating where I’ll film the retelling of his picturesque life.

In all honesty, I’m a bit nervous.  When I told him about my project last week, he said he’d recently tried writing an autobiography, but he had trouble with one particular period in his life: his childhood.  This was the toughest time for him, growing up poor and being forced to work in a slaughterhouse at an age when most kids play with their peers and have no worries in life.  How old was he? Five!

His brothers weren’t always kind to him either.  Suffice it to say, corporal punishment by his siblings was the rule, not the exception.  with what he’s told me about those years, I understand his trepidation to retell them.

How will I react to what he’ll reveal?  What truths and stories will I hear that he’s kept hidden and away from us for so long?  Only time will tell, though I’m prepared.  I know I’ll be surprised, pleasantly or otherwise. 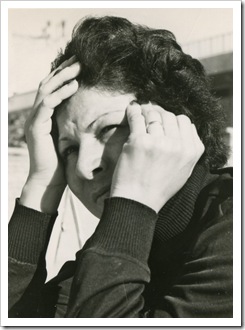 What’s important is that we’ll capture his life story with all his sorrows, fears, joys and triumphs.  Aside from having a video archive, I’m starting down a path I’ve never taken: writing the biography of one of my lifetime heroes.

Make no mistake.  I don’t think my father’s without faults.  He has plenty.  I saw the cracks many years ago in what I thought was a perfect facade.  Interestingly, as I learned more about life through experience and stories told, I realized how much more important it was that he was human; that he has faults, makes errors, has moles, warts, the whole package.  It not only makes him more approachable, but his lessons more palatable.

The hero lives in that skin, roams in that head and heart, as a whole.  He’s a hero to me not despite his faults, but because those faults make him who he is, the man who raised 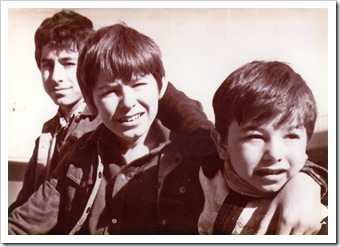 three sons, loved his wife, sacrificed his traditions and beliefs to insure his family’s future, lived through the death of a son he loved, was an entrepreneur, took business risks that didn’t pay off, took familial risks that cost him many intimate years, and still loved and cared for us.

My flexibility in  thoughts, business acumen, motivational theories, family loyalty, and spiritual nature I owe to his teachings.  Surely, many love their parents and view them as heroes in the same light I do.  So, the ideas I write about here may not be new, but the story is unique to him.  And I hope that by sharing his story, I can give voice to all of us who hold such views about our mothers and fathers.

Soon after I begin writing the book, I’ll publish excerpts in a new blog.  So, stay tuned for that announcement…and for the retelling of the journey that is his life.