Forget the Masses. Enjoy Your Obsesses!

I had the pleasure of seeing my dad yesterday.  Aside from the sentimental value of seeing one’s parents, there was special meaning in my meeting him yesterday.  If you’ve read an earlier post titled How Can I Forget , you’ll remember how I want to capture and record his life story.  This is of special importance to me given he’s a 75 year old recently diagnosed with the Alzheimer’s disease.

Yesterday I remembered again how much inspiration I draw from him.  Just talking to him about my personal and professional life made me realize the power we each have within us to choose our direction in life.  We spoke about his businesses, my aunt (his sister) and her sons (they live close and see each other weekly),  and his deteriorating health among other things.

What I found amazing was how he still had a singular focus in life: he wants to provide for and enjoy time with his family.  When I talked to him about the grim nature of his condition and some of the stats about it, he looked on as though I was reciting a shopping list.  He didn’t much care for what odds were against him.  He was still making his 10- to 20-year plans.

He’s not naive though.  He knows he needs help and wanted my mom to leave her work here to help him.  As much as I may agree or disagree with him on some points and decisions, I admire his tenacity and ability to ignore the masses and their opinions.

His attitude reminded me how pursuing what we really want, what we’re passionate about, is more important than what anyone else tells us is the right thing to do.  The power of success comes not from listening to the masses, but forgetting them.  The majority are often wrong about their views of reality what’s the best path to follow.  The masses were wrong when they thought putting a man on the moon would be impossible, that PC’s would be used just by the selected few, that we’d never carry a device in our pockets and hips with the ability to communicate with anyone in the world at an instant, or that separate meant equal.

The masses are wrong again now when they tell us helping large companies will help the economy, that big business will create new jobs, that this is the worst time to start a new project or company, that all business decisions are “just business, not personal.” 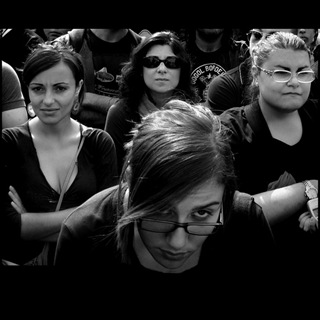 We should be ruled not by the masses, but by what we feel and thing is right.  How do you know what that is?  It’s the one thing you wake up every morning and fantasize about.  It’s that thing that you think will never make you any money, or the thing that if you were to pursue would turn the whole family against you.  Mind you, I’m not talking about doing something illegal or unethical, just something that makes the majority uncomfortable with your decision to do it.

Let me give an example to clarify.  I’ve always loved reading and writing.  It’s the result of my childhood and probably a part of my nature.  So, in my free time I gravitate toward cerebral activities that involve reading and writing.  If I’m taking a vacation, I may spend three or four straight days reading 10 to 12 hours a day and feel completely refreshed, ready for more.

I write these blogs mostly at night while my family, including the pets, have fallen sleep on the couch.  While they’re resting their eyes and minds, I’m relaxing by expounding on my thoughts and ideas.  I enjoy this medium and I don’t find it tiring.  It’s happened more than once that I’ve fallen sleep with my notebook on my lap, while writing an article, then woken up refreshed and with new insight to complete the post in the morning.  I think throughout the day about what I’d like to read and write about.  It’s an obsession, but one I enjoy feeding.

It’s also something that many believe is a complete waste of time.  Though there have been those who’ve written journals over the decades and centuries, and many who author a journal’s electronic equivalent, a blog, it’s still not a common practice, nor an activity people think of doing in their spare time.

Is there much wealth to me made from my efforts?  May be.  Am I making it now? Not yet…give me time. 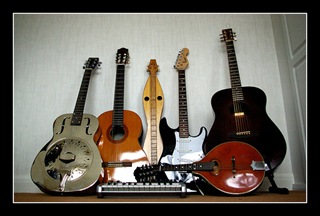 As another example, I had the pleasure of speaking with a former colleague last week about his obsessions.  He and I worked at a small consulting firm a number of years back.  I remembered his obsession with music and the arts. He had a collection of guitars, tens of thousands of music CDs, as well as minutiae knowledge about artists and music.  I found it refreshing that he’d not quite any of it.  He had changed careers twice, only to return to his professional artistic love: graphic design.  I was inspired to hear he’d returned and was vigorously pursing work in the filed.

What about you?  How are you denying the masses?  What obsessions keep you entranced every day?

Please feel free to share your thoughts and reactions below.