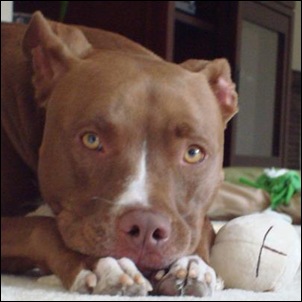 We’re continuously bombarded with sensationalized news.  These days it’s mostly about the economy.  When the latest unemployment numbers come out, the majority of media focus on how it’s increased.  Economists of the past saw patterns of strong recovery after a deep recession, but the Wall Street Journal claims otherwise in an article titled, “Why No One Expects a Strong Recovery.”

Does all of this get you down and perplexed?

It shouldn’t, because you have the Optimist’s Perspective.

In this debut post on the Optimist’s Perspective, I’d like you to put to practice an idea that’ll help clear your head of all the negative news: turn off your radio and, especially, your local TV news.  Read what you want on your Twitter stream or off of sites like Wall Street Journal or, better yet, Alltop. And after you’re done reading, put it all aside and realize that nobody in any of those articles is writing your future but you.  Make your own news.

I’m not suggesting you ignore the news.  By all means, listen to it, then glean from it the good news that’s almost never said.  For example, unemployment rate may have increased, but it’s increased at a substantially decreased RATE than in the months past.  In other words, there are fewer people that are losing their jobs each month.  That’s good news, right? Why isn’t that talked about?  Why doesn’t anyone write about the consequences of a decreased acceleration of the unemployment rate?

Also, notice that the majority of the media is saying the same thing, except each has its own analysis why their version of the negative story is more accurate or true than another’s . Telling these types of negative stories is a way to generate traffic.  It’s what’s popular.

Your response to that should be the same as Oscar Wilde’s, “Everything popular is wrong.” Always remember that you’re in complete control of how you perceive the news you consume.

I had lunch with a couple of colleagues yesterday and heard a very encouraging bit of news.  Keep in mind, all three of us work in the very competitive software development services industry.  If you believe the news, we were hit with job losses in the latter parts of the recession and we’re paying the price now. Keep that thought in the background and read this: One of my lunch colleagues told me he’s had his best year to date since he started his business two years ago!  His revenue has, in fact, doubled to $800k over the past year.

How is that possible?

I’ll tell you.  He has decided to CREATE HIS OWN OPPORTUNITIES.  He told me he makes 30 calls a day.  That’s right! 30 calls! He then compared his effort now to when he was really “working hard,” making 100 calls a day.  That’s how he made his own good news.  He sees the unemployment numbers and he realizes companies now need to outsource more than ever.  So, why not provide them with that service. What’s more, he can help the unemployed by finding them contract work.

People like my lunch colleague have the optimist’s perspective.  They hear the news and see opportunities that benefit their company, as well as their employees,  not to mention fulfill the needs of their clients by understanding their pain points and how to address them.

So, the next time you hear or read some news.  Ask yourself, are you that optimist who thinks outside of what the population does?

As always, I’d love to hear form you.  Let me know what you think of this new topic.